The armed men were said to have killed one person and injured three others when the village came under attack on Friday night.

One of the victims told Channels Television in an interview on Saturday that the assailants stormed the village at about 11:30 pm.

He said in the process, they started shooting sporadically and set houses, cars and other properties of residents ablaze.

The victim claimed that the attack might be a reprisal following the killing of a suspected bandit by some members of the Civilian Joint Task Force (JTF) known as ‘Yansakai’ on Friday at the famous Wagini market in Batsari.

However, the Katsina State Police Command and the government has yet to confirm the incident or the casualty figure.

At the time of this report, the Police Public Relations Officer in the state, Mr Gambo Isah, could not be reached on the phone.

See photos of the village after the attack below: 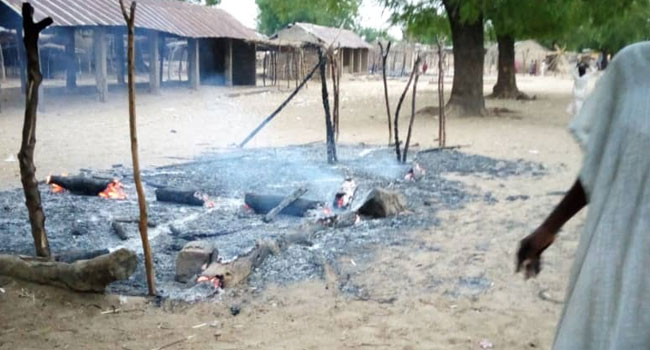 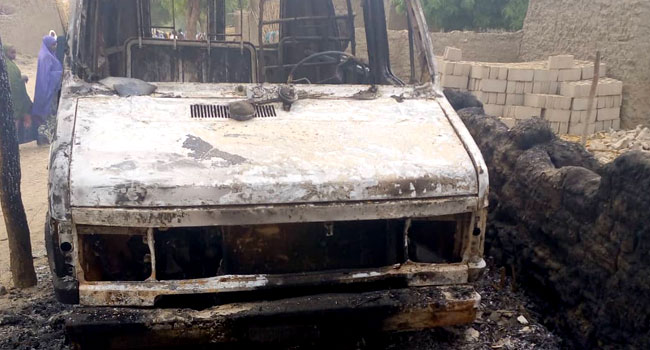 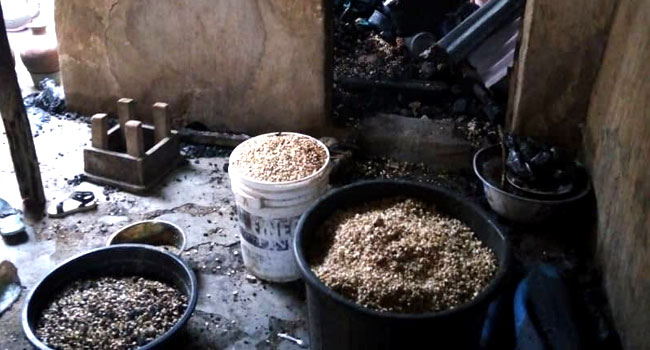 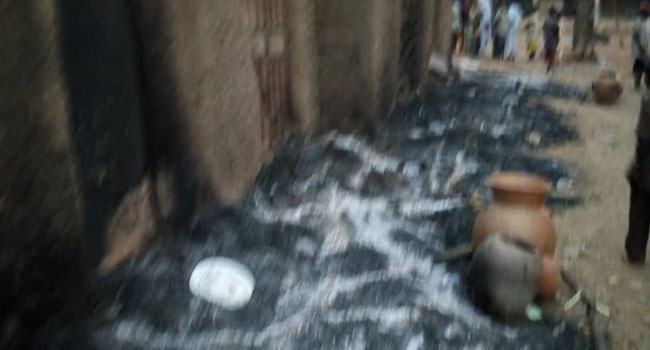 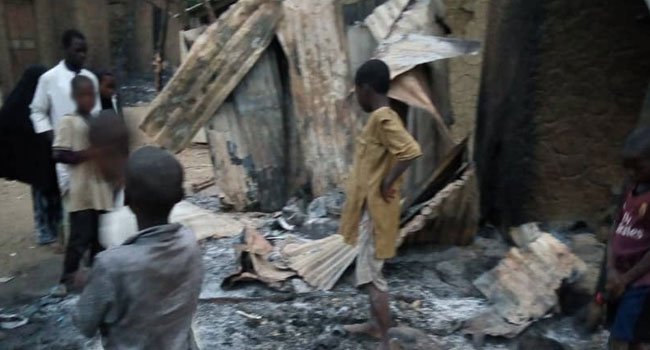